Hasn't the world, or WikiLeaks, learnt anything? If the U.S. Government wants you, they'll come and get you. No matter what country, no matter if you're not a U.S. citizen, or whether you're on water - they'll find a way. Kim Dotcom would've thought he was safe with MegaUpload, after all. The latest out of WikiLeaks is that they want to move their servers offshore in an attempt to avoid prosecution from the U.S. 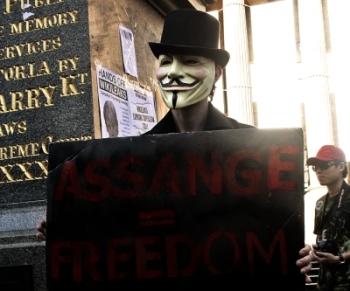 Citing "multiple sources within the hacking community," told FoxNews.com that those backing WikiLeaks' founder, Julian Assange, have been working behind the scenes to move the servers to international waters where they would find themselves under maritime law. This means that once they are far enough away from land, then maritime law is what you "report" to.

But moving servers onto the open sea isn't going to solve WikiLeaks problems overnight. Jim Dempsey, Vice President for Public Policy with the Washington, D.C., think tank Center for Democracy and Technology has said that moving the servers offshore wouldn't go any good unless those who are running WikiLeaks also moved offshore, where he's quoted;

Where the data resides isn't what determines jurisdiction. You prosecute real people, you don't prosecute servers. So if the WikiLeaks people want to live on a platform in the North Sea and educate their children there ... for people who have lives, that doesn't make sense.