A RumorTT post about an Apple product that isn't the iPhone or iPad? What's going on! The latest news from Apple.pro claims that the seventh-generation iPod Nano is set to sport a camera. Not only a camera, but it will bring the camera back. 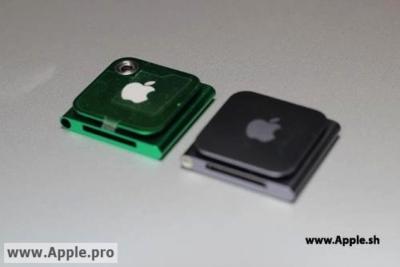 The picture above is just a leak, so the usual salt application and over-the-shoulder-throwing is required. The next-gen iPod Nano pictured is a prototype, so things could change. This prototype is said to have a paltry 1.3-megapixel camera, but is a non-final version.

Rumor has it that the next-gen iPod Nano is just two months away from release, so if you're after a new iPod Nano in the coming weeks, months, we would suggest waiting so you can grab one of these ultra-small, camera-equipped, clip-equipped iPod Nano's.