Dwight Shrute is one of the best characters on TV, in the show 'The Office." NBC is now "giving consideration" to a spin-off show of The Office, starring current Office star, Rainn Wilson, who plays Dwight Shrute, according to a report at Entertainment Weekly. 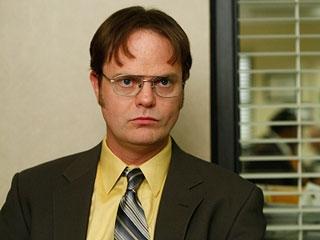 This would see Dwight returning to his faithful farm, where he runs a family beet farm and a bed & breakfast. It's said that a backdoor pilot would air later this season and take place at the Schrute Farms. If the series is picked up, the show would air as part of NBC's midseason lineup for 2013.

Paul and Rainn have been joking for years about Dwight's life on the farm, his family and how ill-suited he is to run a B&B. A while ago, it started to feel like a show to them. NBC agreed, it's been further developed to include multiple generations, many cousins and neighbors. At its base it will be about a family farm struggling to survive and a family trying to stay together.

Thanks to my mate Stewie for posting this on his Facebook wall!