Senior producer for Diablo III, Steve Parker, announced through Twitter that he no longer works for Blizzard or on the game itself. As usual, many have speculated on whether Diablo III will get delayed or not. 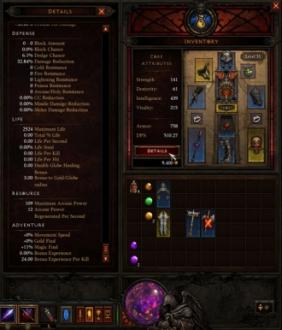 Parker did not state a reason for him leaving the company, but some believe that despite an announcement just a few days ago about multiple system changes from within the game, Diablo III is virtually ready to go and Parker's work on the game is finished.

Others have speculated that Parker was fed up with the seemingly endless delays and threw the towel in. This, I personally do not believe, as he works for Blizzard. How do you work for Blizzard and not expect their games to not come out in twelve month cycles like Call of Duty games.

Could Parker have left because of the changes? Could he not have been happy with the force of Diablo III on consoles? Maybe he didn't like the path the game was taking and butted heads with upper-management. That's what I'm thinking. What do you think could be Parker's reasoning for quitting Blizzard?