Groupon have just acquired Bay Area-based Mertado, a social shopping company that helps consumers discover new products. In a statement to All Things D, Julie Mossler said "Groupon is excited to announce it has purchase Mertado.com." 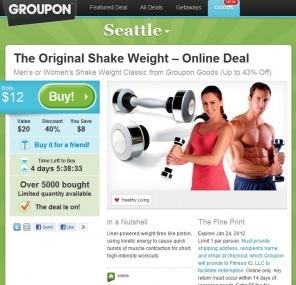 No terms of the deal were disclosed, but Mossler did say several members of Mertado's staff will join Groupon, including founders Mehul Shah, Rajiv Bhat, and Vijay Chittoor, who is also the CEO. The reason behind the acquisition is that Groupon were interested in Mertado's expertise in the social commerce space, which includes the launch of Mertado TV, which combined video content with products.

A post on Mertado's Web site states that they are no longer accepting any new registrations and will officially shut down on February 28th. This is the second acquisition in as many moths for Groupon, where last month Groupon acquired Campfire Labs, which will head up the company's social efforts.