RIM have been going through quite a lot of issues lately, thanks largely to Android and iOS. RIM Co-CEOs Jim Balsillie and Mike Lazaridis have both just stepped down, after announcing that they would draw only $1 of yearly salaries to help the company's financial problems. 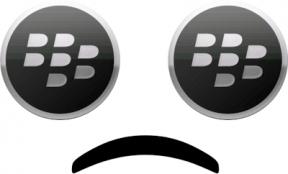 The move has been a start in management shuffles, where after a year of pressure from both investors and stockholders, both have stepped down from the Co-CEO positions. RIM insider and current COO Thorsten Heins will replace the Co-CEOs.

Lazaridis and Balsillie have both led RIM for decades now, as Lazaridis founded Research in Motion (RIM) back in 1984, shortly after taking on Balsillie. Balsillie stepped down from his role as Chairman back in 2007, but continued as Co-CEO with Lazaridis. Today, Lazaridis becomes vice chairman, and Balsillie continues to be a board member, but with no functional role in RIM.

RIM Director, Barbara Stymiest takes over as chairman, and Thorsten Heins, the current COO goes into numero uno position. Heins came into RIM four years ago from Siemens AG, where he was the CTO.