Ah, torrents. You used to be cool before everyone dived onto you, years ago, but as they have become mainstream, the target has been made. Torrents used to not be mainstream, and thus, the websites hosting them were pretty safe. Now I hear grandmas discussing how their son/daughter/friend/grandson "downloaded X or Y movie/TV show from 'the torrents'". 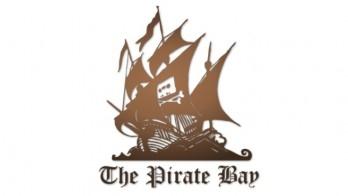 The Pirate Bay is one of the largest torrent-hosting sites on the Internet, and in a month from now, thepiratebay.org will remove all torrent files from its site, in favor for magnet links. This new move is what The Pirate Bay calls a "new future" in file sharing, consisting of true peer-to-peer sharing without the use of trackers.

TPB has already switched over to the underlying technology that runs alongside magnet links, with Distributed Hash Table (DHT) and Peer Exchange (PEX). TPB have been using magnet links with torrent files for a while now, without letting any of its users know.

DHT and PEX are "trackerless" technologies, where as torrents can be tracked back, as there is a centralized list kept by torrent websites to track files existing in the cloud. Anti-piracy advocates have for a while now, gone after those centralized sites, attempting to sever the head of torrents and file sharing. This is where it gets good, with DHT, it's at this point in time, impossible to see how many files you're sharing, or what they are.

As long as you're using a DHT-capable torrent application which knows one node in the cloud where the file you want resides, you're connected and able to download. PEX on the other hand, the user you are connected to is asked who they are connected to, and on down the line.

If millions of users are connected to a PEX cloud, it's possible to be connected to each and every one of them. This means the client application does the work of finding files and peers, allowing torrent servers to just hand you a hash-table and link that is generated on-the-fly, so they no longer keep lists, trackers, and hopefully, no responsibility.

To read more on the move from TPB, check out ExtremeTech's article.

Hopefully, this is a step in the direction of less trouble for torrent sites, or hopefully brings a change in the current system and the meaning behind 'piracy'. How about dropping the price of music, movies, games and having centralized pricing? Instead of one country getting a movie for $10 and another for $35 and another for $50? Games here in Australia are $100+ sometimes, when I can VPN and get them for $35 - $50.