For the five official Apple stores in China, there are currently big queues in anticipation for tomorrow's launch of the iPhone 4S. The two stores in Beijing, and three in Shanghai, are already experiencing line-ups of over several hundred meters, with reports of hundreds of queuers at each store. 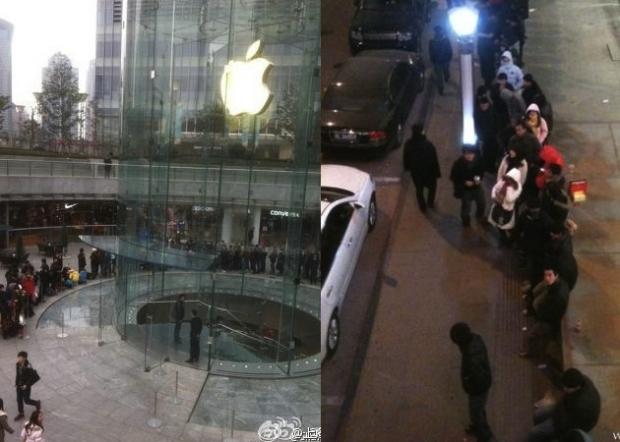 Most stores have a ticketing system which stops queue-jumpers, but it won't stop people from purchasing an iPhone 4S handset and scalping it for profit. Steven Millward received an SMS this morning from China Unicom, who is Apple's official partner for the iPhone in China, which reminded him that the iPhone 4S goes on sale online on Unicom's own site at 12:01am on Friday morning. 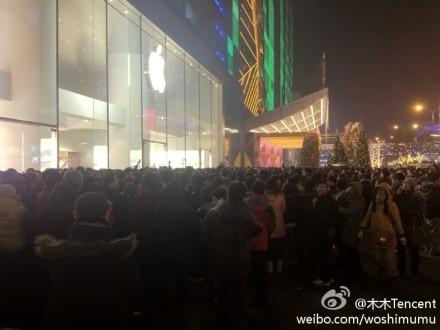 Outside queueing will be quite harsh, 3-degrees celcius outside tonight in Shanghai, and most likely less in Beijing. Those who are lining up most likely want Apple's unlocked device (16GB model for 4988 RMB; 32GB for 5888; and 64GB is 6788) and might not want to be weighed down with one-, two-, or three-year contracts with Unicom. Last week, China Unicom offered the iPhone 4S for free on two-, and three-year contracts.