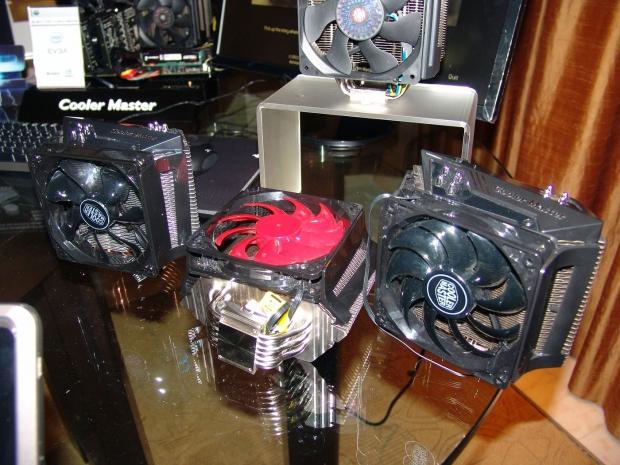 CES 2012 - As I started my tour through the CM suite during my meeting with them Cameron led me to the air coolers and started introductions. Down along the front are a trio of the X6 soon to be on the market. This cooler has an unusual fin shape and orientation once installed onto a board. This cooler is twisted on a slight angle, so once installed it will actually blow warmed air from the cooler toward the back of the chassis still, but it will also be angled to blow out the top of the chassis as well. This four pipe cooler will also come with an option of either the red fan or the traditional black fan that we have seen on many of their coolers to date. 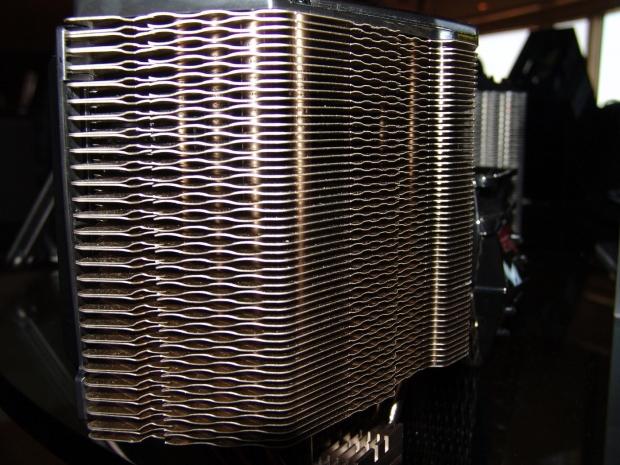 The X6 also uses a very unusual fin design to add as much surface area to this cooler to attain the best performance possible from this design. Here Cooler Master uses a honey comb arrangement to maximize the amount of aluminum that the fan on the front can cool. The X6 will be hitting the market very soon, and I will be putting it through its paces for you as soon as possible. 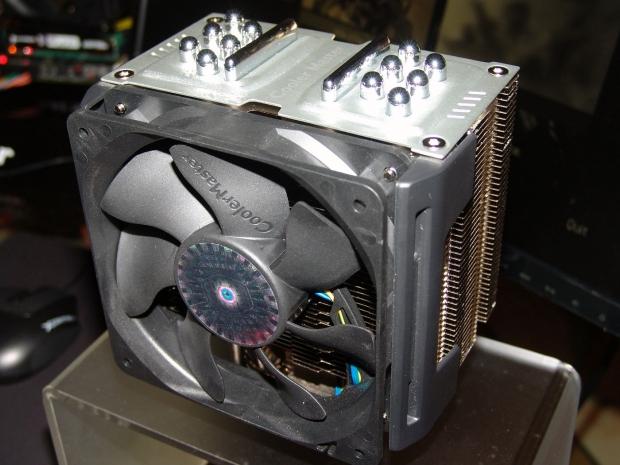 Placed behind the X6 on a taller platform, almost denoting its dominance I had the new TPC-812 cooler explained to me. Looking at the top of the cooler tips you off to the use of something I have not seen in CPU cooling. CM is using dual vertical vapor chambers that are specified to handle 120W each. On top of the 240W of vapor chamber cooling, these heave gauge fins also sport six heat pipes in the cooler for a rating of 300W+ in total cooling power in this cooler. 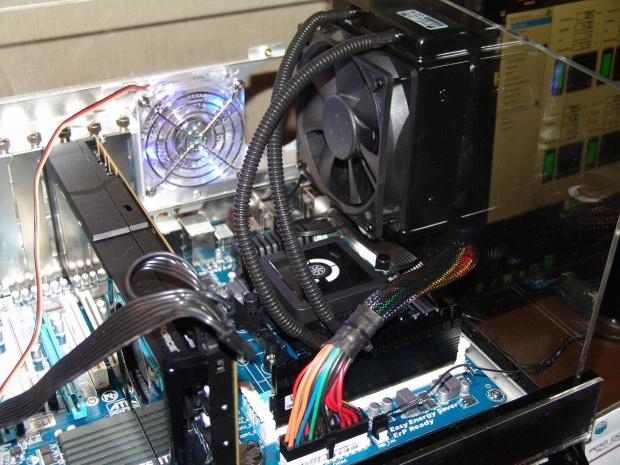 To demonstrate the cooling capabilities of the new TPC-812 cooler there were two identical systems placed on a table. This one of course sports one of the most popular AIO water cooling solutions on the market, and as you can see by the lights on the head unit, this cooler has its power maximized for the best cooling it can offer. 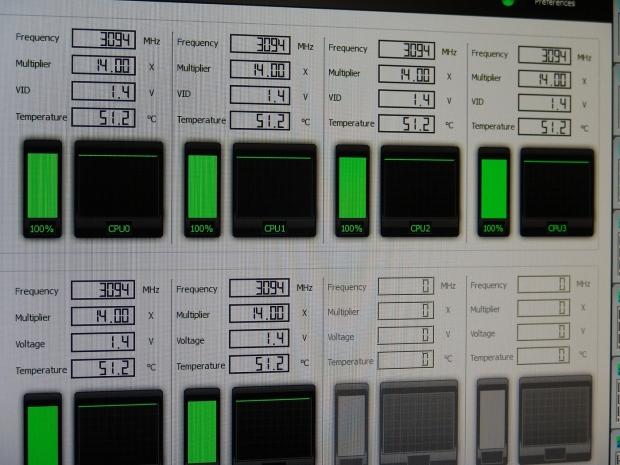 As I looked at the monitor for this AIO cooler testing, I found they had been running Prime95 since 9AM that morning, and as you can see the temperatures across all six cores is 51.2 degrees with this solution. 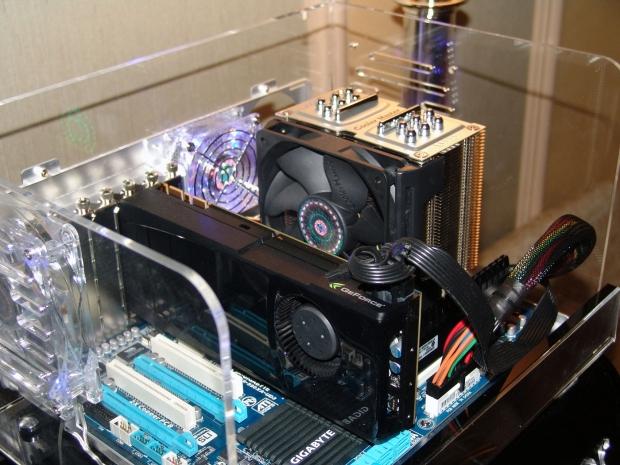 The second system is an identical copy to the first, with the exception of the CPU cooler. This time you can see that the TPC-812 is being used, and CM also placed the orientation to where it would be drawing the idle warmth off of the GPU as well in this test. 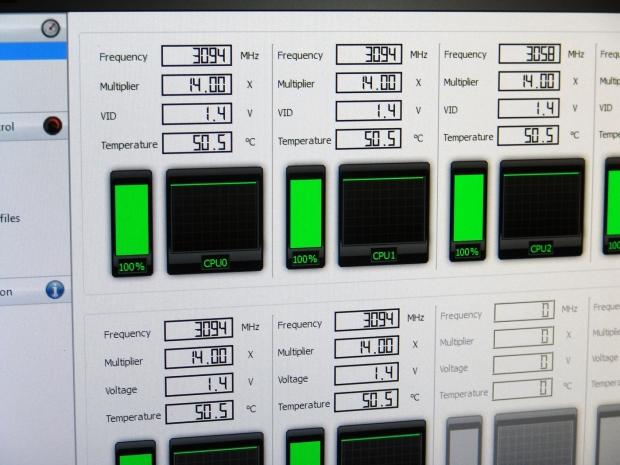 At this point you are going to say that there is only a 0.7 degree difference in the cooling potential of the TPC-812, but it just goes to show that these AIO solutions while saving the weight on the socket, really aren't any better than what can be offered with top end air coolers, and that is the exact point CM is trying to show. While they didn't offer a specific weight of the TPC-812, gauging by feel I would guess it to be over a pound, but still much less than the D-14 or the TRUE Copper. As with the X6, I was also promised the TPC-812 as soon as it is available so that I can run it through an Intel version of tourture to this new vapor chamber cooling technology in CPU cooling.