CES 2012 - Earlier on today we met up with the crew from Seagate at CES where we got introduced to its new range of GoFlex for Mac external hard disk drives.

In the video above you can see a comparison of performance against FireWire 800 and new Thunderbolt interface on a Macbook Pro. The numbers as you would expect are rather amazing. We are talking around 80MB/s read speeds over FireWire 800 and a massive 190MB/s on the Thunderbolt connector. 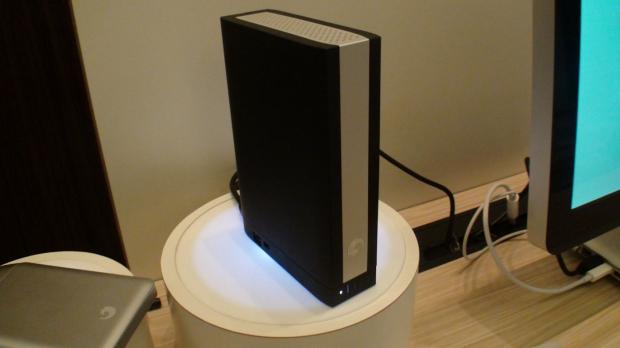 These units are going on sale in late February for $189 USD and the portable version will go on sale later this month for $99 USD.