CES 2012 - GIGABYTE just got done holding their "Meet the Executives" event at the Venetian hotel in Las Vegas and one of the big points for staying ahead of their competition (ASUS) was to be first out with new technology.

One big new piece of technology coming out sometime later this year is Intel's Ivy Bridge platform. We are already bound by an NDA, so there is little we can say. A quick search on Google though shows things like native USB 3.0 and PCI Express 3.0 support. It will be a mid-range platform, you can think of it as an updated Z68 Express for upcoming Intel processors. 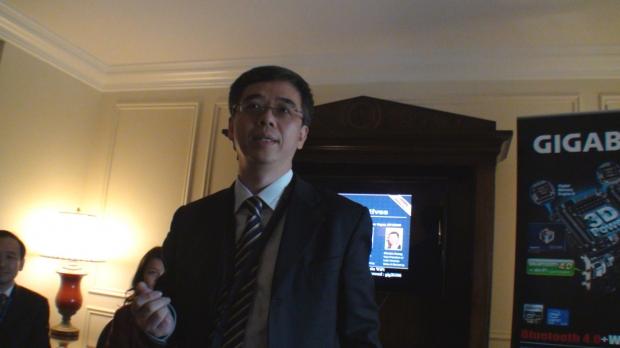 After giving attending media a rundown on GIGABYTE's aims for 2012, Colin Brix of GIGABYTE started bashing on the door of a nearby room in the hotel suite and asked if we could interrupt and show off the Taiwanese company's range of upcoming Ivy Bridge boards. We got see the full model range including the G1. Sniper 3, G1 Sniper 3 M3 (Micro-ATX), Z77X-UD5H, Z77X-UD3H and B75M-D3H. 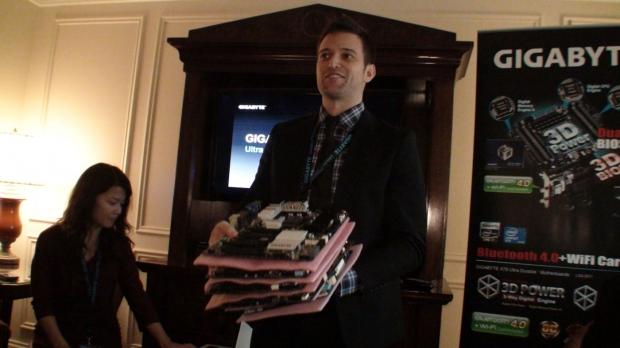 Fortunately we had video camera in hand and captured the whole deal. Watch it above. There are a lot of pictures in the photo gallery below, too.