CES 2012 - Micron was at Storage Visions 2012 showing some hot new products they have lined up for 2012. We'll be showing several of these over the next few days. One display at their event caught my eye and I wanted to share it with you before running out of the door for another meeting. 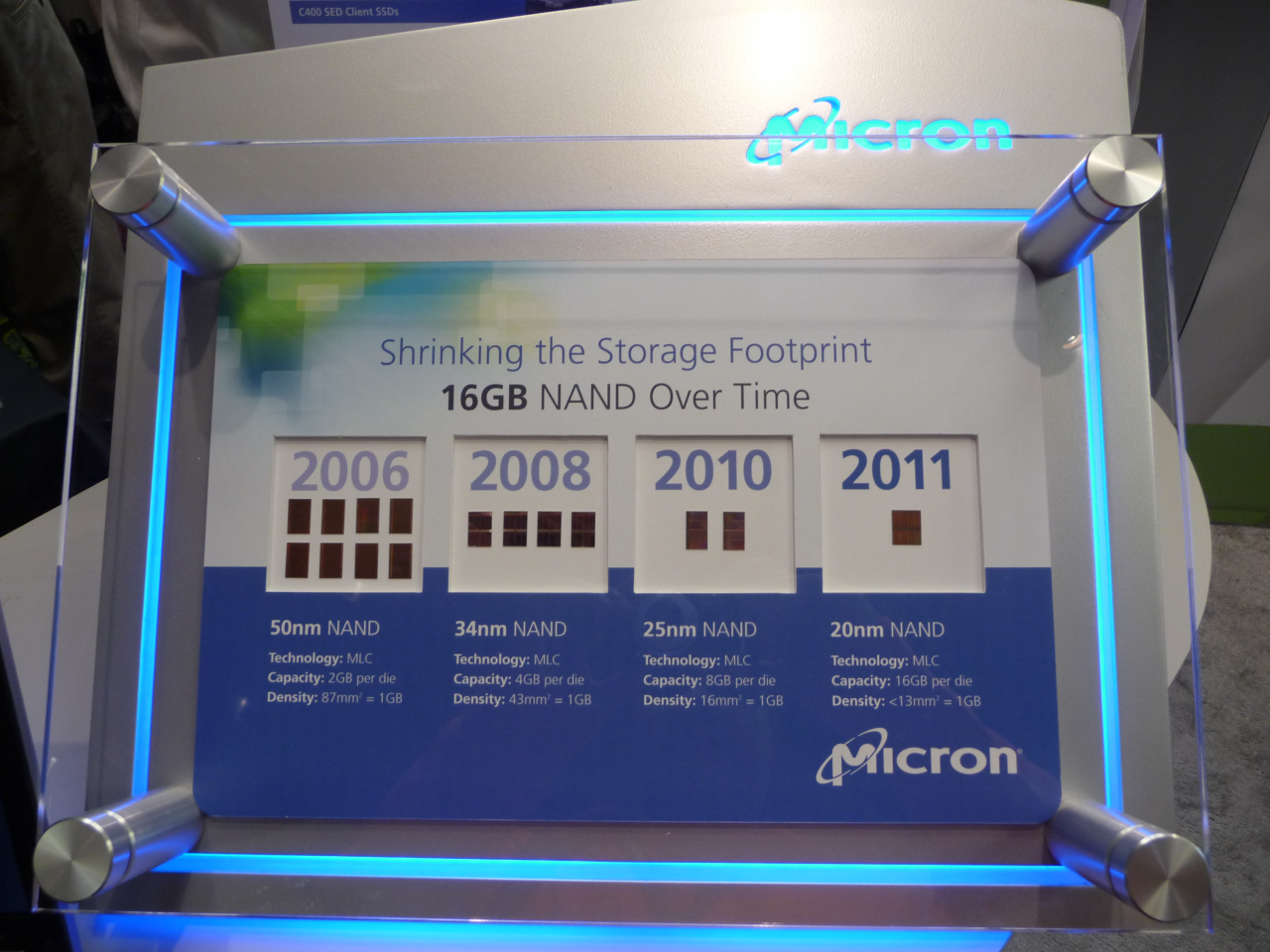