CES is upon us, and whilst our boss Cameron is over there, one problem: he forgot my ticket. It must've been lost in the mail, and I'll forgive him... this time. Ha. Onto the exciting ASUS News. ASUS were barely able to contain their CES excitement, and at a press event in Taipei, Vice President and General Manager of the Eee Systems Business Unit, Samson Hu, let loose the ASUS tablet road map. 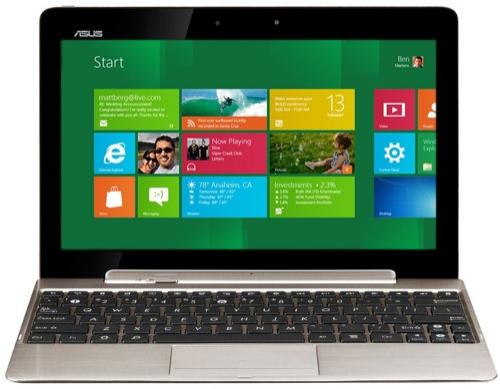 ASUS confirmed they will be launching an ARM-powered, Windows 8-based tablet that will hit at the end of this year, there is a 3G version of the Transformer Prime confirmed for a March release and also includes a more powerful GPS module. Netbook News are expecting ASUS to unveil a 7-inch tablet, which should be the ASUS Memo as well as a high-resolution 10-inch tablet. The excitement doesn't stop there though, two new 10-inch tablets were announced for 2H 2012, but no additional details were provided.

ASUS also gave some projections for 2012, with sales expected to reach the 6 million mark. ASUS are also expanding their Android Tablet division from 300 to 400 employees. Right now, ASUS have 150 developers and engineers working on the new Windows 8 tablets. As you can see from the increase in employees, ASUS are really pumping some energy into the tablet market, which in my opinion, is a very smart move indeed.