NVIDIA will of course, be attending CES 2012 and they will have two booths to accommodate all the goodies they'll be showing off. On the list are Tegra, GeForce, 3DVision and automotice "goodness". The main booth located in the Las Vegas Convention Center's (LVCC's) South Hall will feature all of the gadget demos. 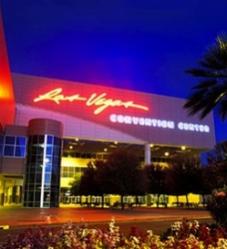 The second, ourdoors in the LVCC Central Plaza, will sport the automotive tech, including a "recently unveiled supercar that NVIDIA has never before shown to the public". NVIDIA haven't stopped there, they'll also be giving away a bunch of ASUS' recently launched NVIDIA Tegra 3-powered Eee Pad Transformer Prime tablets through their Facebook page.

NVIDIA CEO, Jen-Hsun Huang will also kick off NVIDIA's annual press conference, and if you want to catch a live webcast of the press conference, you'll need this link. Seven days after the webcast, a replay will be available.

Products being shown off by NVIDIA at CES include:

We'll also have a Tesla Model S at the main booth to showcase Tesla's NVIDIA-powered infotainment system, as well as a demos of advanced driver assistance systems, including "360 Surround View" technology.

And don't forget to check out our Windows on ARM preview.

Our Central Plaza booth is dedicated to NVIDIA Automotive technology. The Audi A7 and a recently unveiled supercar will be on hand to demonstrate NVIDIA-powered infotainment systems. We can't say much about the supercar demo, but we can tell you that there aren't too many of these exotic rubber-burners in the U.S. - so be sure to check it out!