Samsung's bulky, but sexy Galaxy Note smartphone will arrive in the U.S. sometime in the next 6 months. The Galaxy Note AT&T model will sport something a little surprising when compared to its European brother from the same mother, NFC. 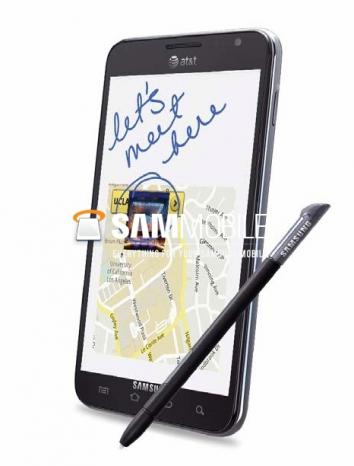 The most surprising thing in that spec list is that a premier Samsung product launching in 2012 not including Ice Cream Sandwich, but this may change between now and release. At the moment, the processor type is unknown, another strange thing about this release. For a full spec list: