I think even Terminator's would be happy with this news! According to the latest patent application to come out of Apple, it would seem they're working on a fuel cell-based MacBook, that could power it in the future. 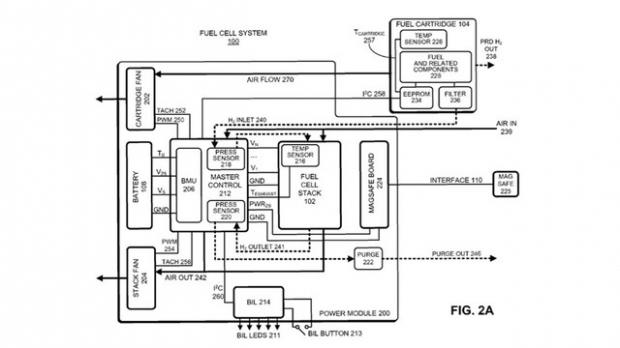 The fuel cell-powered MacBook could have days of battery life, as well as being slimmer, lighter and greener, if that's how you swing. Apple's patent indicates that hydrogen fuel cells would be used to send and re ceive power from the battery. They also admit that developing a product which is small enough and cheap enough to be placed in one of their laptops could be a challenge.

I would like fuel cells in my laptop, smartphone, tablet, and everything in between. Imagine the possibilities of a notebook or tablet with days of battery life. Business people, travellers, students, so many people would benefit from longer battery life. I'm sure this type of technology is 5 years or more away, but at least we know where we're headed.