Do you own both an iPhone 4S and a Mac-based system? Well, you could try out the new hands-free typing app called Air Dictate. Right now, there are no public APIs for using the Siri voice-activated assistant for dictation, so developer Avatron found a way to control Siri and convert speech into text. 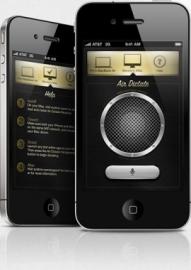 The text then translates to the Mac, which has to be OS X 10.6.8 or higher, running the Air Dictate Receiving App. What this means is you can turn your iPhone 4S into a speech recognition microphone and input text into apps like Mail, Word, Pages, and any other application that involves text.

There are plenty of apps that can be used on the Mac for speech-recognition, and is a step in a completely different direction to the world of microphones. Most people who have an iPhone, usually have a Mac (of course there are those who don't), but for those who have both, and usually type a lot, this could be a really handy app.