His Aunty didn't throw him in a cab and send him to Bel-Air, but Prince Alwaleed bin Talal, the nephew of the Saudi Arabian King Abdullah, has invested a cool $300 million in social-networking site, Twitter. Alwaleed is one of the richest people in the world, ranked at No. 26 on Forbes' billionaire list, with a net work of $19.6 billion. 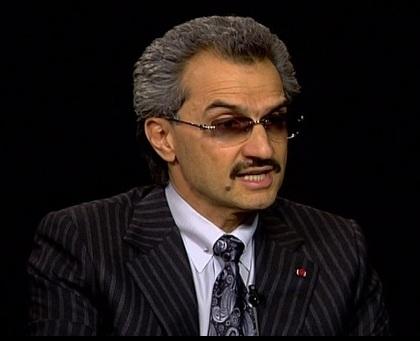 He made the investment through his 'Kingdom Holding Co.', where it was announced through a press release, and confirmed by Twitter. Twitter's last round of funding, valued the company at $8.4 million and was led by Digital Sky Technologies (DST) of Russia. DST founder Yuri Milner, has stakes in Twitter, Facebook and Zynga.