Sony have released their next-generation portable, PlayStation Vita, in Japan over the weekend. This is something Sony are really hoping scrapes back some of their lost market share, not to just Nintendo, but mainly to Apple and Google with their smartphones and tablets getting into the mobile gaming market. 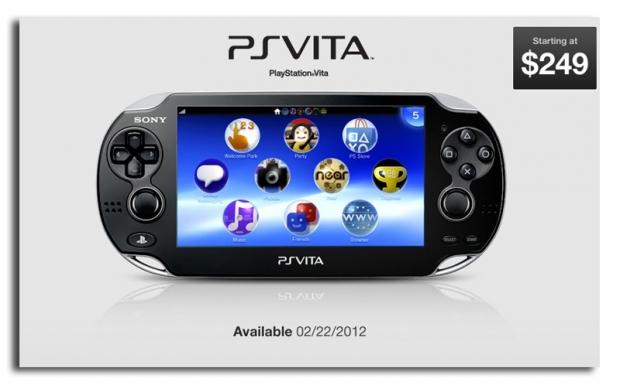 PlayStation Vita will launch in the U.S. and Europe next February, but over the weekend saw thousands of PS Vita future-owners lining up to grab one at launch on Saturday. Sony Computer Entertainment CEO Andrew House said that pre-orders of Vita in Japan had sold out as customers lined up at retailers to make reservations.

PS Vita sports a 5-inch OLED touchscreen with a resolution of 960x544, dual analog sticks, front and rear touchpads, Wi-Fi, Bluetooth, GPS and optional 3G. Horsepower-wise, the Vita includes a quad-core version of the same SGX543 graphics processor that is found in Apple's A5 chip.