Paul Allen spoke at a press event in Seattle, saying:

I have long dreamed about taking the next big step in private space flight after the success of SpaceShipOne - to offer a flexible, orbital space delivery system. 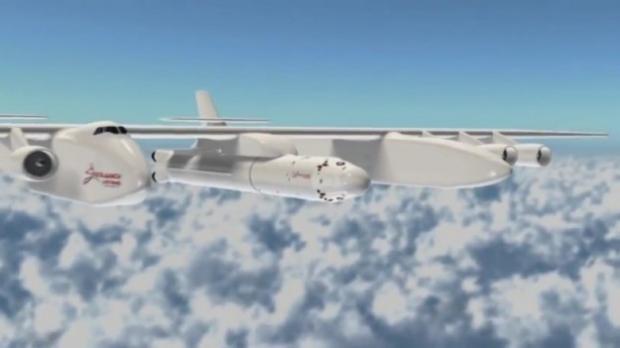 Specs. Let's talk specs. The craft is huge, with a wingspan of 385 feet. It will use no less than six Boeing 747 engines and can fly 1,300 miles before it needs to be refuelled. The runway will need to be 12,000 feet long to allow the craft to gain enough speed for takeoff.

I know what my 2020 Christmas present will be, obviously.