Duke Nukem Forever is still cranking along, and a second DLC pack is now out called "The Doctor Who Cloned Me". It's available through Steam for $9.99 US and includes a bunch of new material including four new multiplayer maps, a full new single player campaign which includes brand new weapons, all-new enemy types and bosses, more Achievements, and brand new interactive items within the DNF world.

A detailed run down of what is included is below (or in the full story):

Sky-High: The alien-infested corporate offices of Pooty, Inc. near the center of Las Vegas. This map includes three indoor floors taken over by the aliens and two rooftops, jump pads, stairwells, and building-to-building combat.

*Maps support all retail games modes. Players who own the first add-on content, Hail to the Icons Parody Pack, will also be able to play Freeze Tag, Hot Potato, Hail to the King Free For All and Predator. 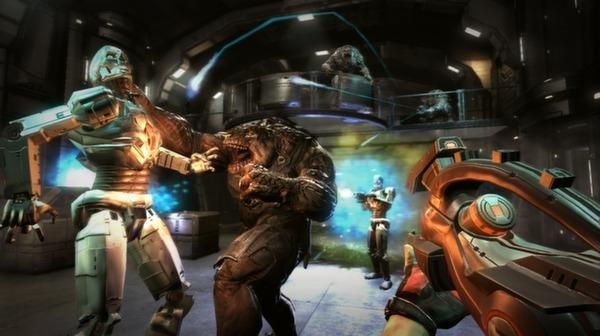