PC fans may miss out on Back to Karkand this week to PS3 gamers, but they gain a 2GB patch that fixes and balances so much of the game. The changelog includes the tactical lights which have been way OP (over-powered) and have now (with the patch) been scaled down at a medium distance. 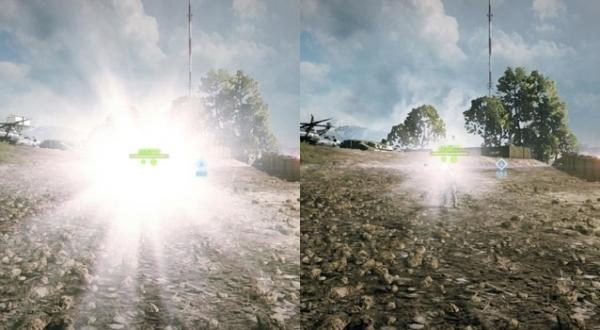 The patch also includes most of the content for the upcoming Back to Karkand DLC, as well as dozens of other tweaks. The IRNV scope is now limited to close range, certain weapons are properly suppressed and conceal your minimap location, stealth air vehicles are less effective, firing a weapon on full auto is now less accurate, miniguns have been made weaker against jets and helicopters, and 12g FRAG ammo is now less effective and not so OP with auto and semi-auto shotguns.

[edited] - actually 3.9GB. Thank you Blair McClelland ‎for pointing this out on the Facebook feed. Also, restart Origin for the update to intialize!

Server hosts also have new abilities, with the amount of people required to start a round now able to be set to just one in both ranked and un ranked modes. DICE have also said they plan to intro a "warm-up mode" in the near future, which will allow players to fool around in the game sans score until a certain number of people join, which will then start the "real round".

DICE have been doing a stellar job of getting the game fixed and patched constantly and it's a great thing to see them continuing to pursue the issues the game has. It won't be long until this is a polished gem. A lit of fixes is below:

Fixed a problem where player who joined queuing on End of round got spawn screen stuck on screen, but unable to do anything with it untill next round loaded

Tweaked the chat, it should now be a bit easier to read

Added a network interpolation setting. This allows users with good bandwidth reduce latency, but might increase some stuttering. The user can find what works best for his connection by tweaking the slider.

Fixed so you can assign an axis and use as a digital input. This makes it possible for the player (on pc) to assign one of the sticks on a gameped to be used for throttle/brake.

Fixed air radar was showing to much. now lasertagged, heatsignature above threshold, enemy missiles and capture points are only visible on air radar

Fixed a problem where you could get green flashes on screen

You can now reassign cycle weapons

Fixed several weapons so they are properly suppressed and hide the player on the minimap when fired.

Tweaked Tactical Light so it is not as blinding over longer ranges.

Tweaked the IRNV scope so it is limited to usage only at close range.

Fixed a bug where Ammo spec would give additional 40mm grenades instead of Frag spec.

Increased the number of additional 40mm grenades from Frag spec.

Fixed so AT mines only live for 20 seconds after a player dies to prevent infinite mines.

Fixed several weapon descriptions, calibers, and fire rates. The weapons themselves have not changed.

Fixed so the M9 and MP443 pistol can be equipped by the opposing faction when it is unlocked at 100 kills.

Fixed Laser Guided Missiles missing their targets if the target is moving too fast.

Reduced the effectiveness of Stealth on Air Vehicles.

Reduced the effectiveness of Beam Scanning for Jets.

Reduced the damage done to Armored Vehicles and Infantry from AA guns.

Increased the damage RPGs and Tank shells do to AA vehicles.

Slightly decreased the accuracy for all weapons on fully automatic, burst fire is now preferable at mid to long range.

Increased the effective accuracy of long bursts for LMGs when using a bipod.

Slightly increased the range of the 44magnum bullets.

Increased the reload time of the Mortar from 3.5sec to 4.8sec and increased the time it takes before a shell hits the ground.

Increased the range and FOV for designating targets with the SOFLAM and vehicle Laser Designators.

Decreased the effectiveness of 12g FRAG ammo when equipped on semi-automatic and automatic shotguns.

Decreased the power of Miniguns against Jets and Helicopters.

Increased the power of Stingers against Jets.

Flares reload times for Jets and Helicopter Gunners have been increased.

Tweaked the AN94 so its burst fire better conveys the real world advantage offered by this weapon.

Added Single Shot to the AN94 as an available fire mode.

Slightly increased the recoil on the M416 and removed the Burst Fire mode (this weapon incorrectly had burst fire, which was not authentic).