Our second gaming nugget today, is that role-playing, dragon-slaying franchise Dragon Age, is going multiplayer. But the news doesn't stop there. Warriors won't just be attacking other warriors, dragons will reportedly be playable in Dragon Age multiplayer. 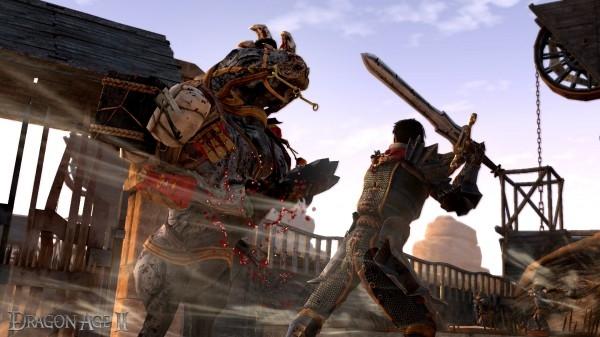 This would give gamers a chance to go head-to-head with dragons that have better attacking than swords, such as fire-breathing, flying, etc. This is all according to an insider of Kotaku's, so pinch that salt, please.

The game will apparently be powered by Frostbite 2, which powers the amazing Battlefield 3 and supposedly, even in early form, the game apparently looks stunning. Multiplayer is said to be an arena-based affair, featuring player versus environment (PvE) elements as well as the player-vs-player (PvP) as well as humans fighting dragons.

Show me some videos!