Today is the big day for Intel and its new Sandy Bridge-E processors and X79 Express chipset platform. The NDA just came off moments ago and now we can give you the full run-down on the ASRock X79 Overclock King Series of motherboards based off the new platform.

Last week we met up with Chris Lee, Director of Marketing, at the ASRock HQ here in Taipei where he gave us a full introduction to its first batch of X79 motherboards. ASRock is launching with five X79 boards right now including the Extreme3, Extreme4-M (Micro-ATX), Extreme4, Extreme7 and the Extreme9.

We spent most of our time in the video above focused on the top-dog, the ASRock X79 Extreme9. This board is packed out with loads of good features including eight DDR3 DIMM slots for quad-channel memory support, five PCI-E x16 slots, active fan cooling for the X79 chipset, loads of SATA-III ports and full digital VRM power management with 18 phases of power for RAM (2) and CPU (16). 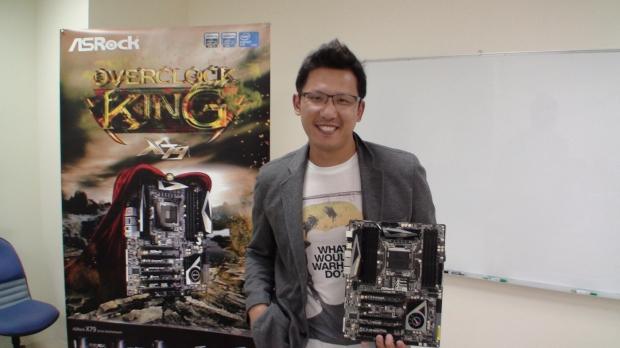 One of the big additions with the Extreme9 is the bundle inclusion of the ASRock Game Blaster which is a PCI-E x1 add-on audio and LAN card which uses the quad-core Creative SoundCore 3D audio processing chip for greatly improved gaming audio support over usual onboard audio usually found on most motherboards. It comes with audio support for things like THX TruStudio Pro which provides THX TruStudio Pro Crystalizer, EAX and more. It also packs in another gigabit LAN port for functions such as dual LAN support. 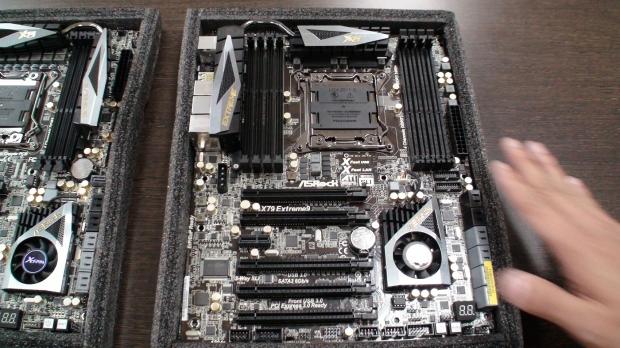 On the software side of things, as usual, ASRock with each launch comes out with something new. This time it is ASRock XFast RAM and it makes good use of all the additional RAM support that some users will be piling onto their X79 motherboards. As some of you will know, Windows 32-bit only supports up to 4GB of RAM, so to make use of all that extra unused RAM that some users will have that are not running a 64-bit version of Windows, XFast RAM takes care of that. You can assign a RAM disk at a capacity of your choice using your system RAM and use it to speed up your system using caching. It will offer caching support for the memory page file, user temporary files, Firefox cache files, ReadyBoost, system temporary files, IE cache files and WinRAR temporary files. 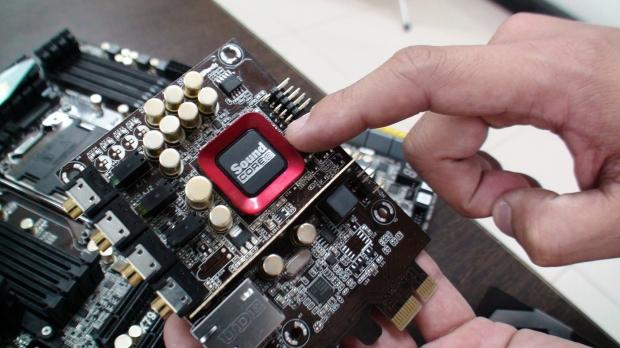 During our meeting, Chris mentioned several times that their ASRock Extreme9 motherboard is one of the best overclockers on the market. Of course he would say that though, but in a live demo which was setup for us, we saw it running 32GB of G.Skill running 2133MHz DDR. Okay, 2133MHz DDR might not be that impressive, but remember we are dealing with eight DIMM slots fully loaded with 32GB of memory!