We are really letting loose now with our Intel X79 Express content and next up is another GIGABYTE video related to said product and this time it's another software feature called 3D Power and it's included with GIGABYTE's full range of X79 motherboards that should be online at many places as of now.

3D is obviously a big theme with GIGABYTE's X79 range of products and while there is little "3D" as we know about GIGABYTE's new software utility, 3D Power, we do like the insane level of control it gives you over your brand spanking new motherboard.

3D Power gets its name for its 3-way digital engine which allows you to control digital CPU power as well as both digital memory power controllers. This is all made possible since GIGABYTE's full range of X79 motherboards use an all digital power system with added controllers which give you the ability to fine tune power related options and settings down to a level we've never really seen before. 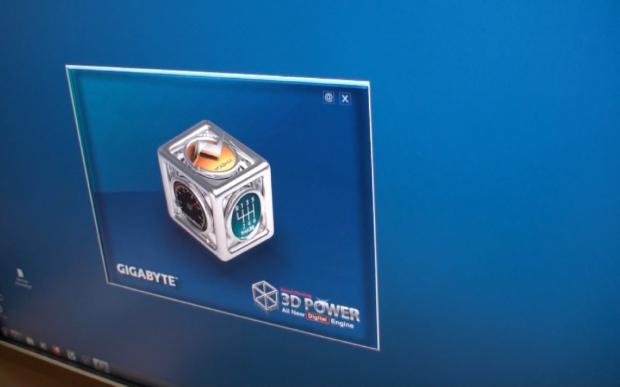 3D Power gives you the ability to control voltage, phases and frequency. While it's true some users will never ever need to use this tool and the vast majority of users and even some experienced users won't know what the heck they are doing, these extreme fine tuning options are there. So, for users that do know what they are doing and are trying to either fine tune power savings or aim for the highest overclock on the planet, it's not such a bad tool to have on your side at all.

Check out the video as I explain some of the features and give you a look at the 3D Power program.