ARM have just announced its next-generation mobile GPU, the Mali-T658. ARM have said that this design is set to offer ten times the performance of their current Mali-400 MP which is found in smartphones such as the amazing Samsung Galaxy S II handset. 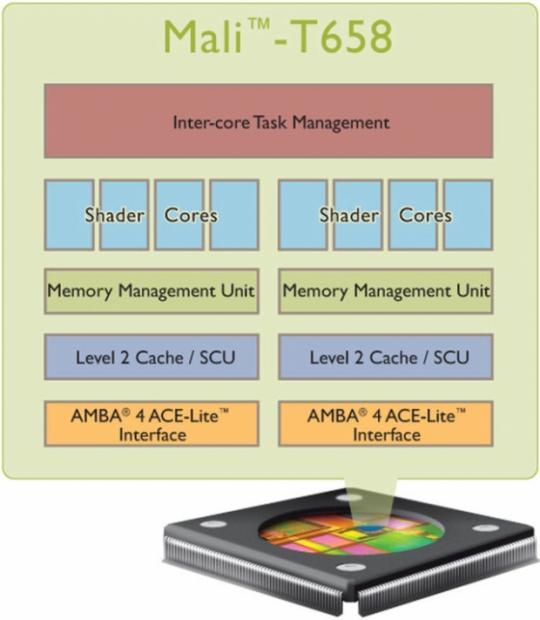 The first Midgard design, the T604, was announced last year, and was licensed by companies such as Samsung and LG. The new T658 is quite the powerhouse, with each core having four arithmetic pipelines, and one each of load/store for texture, doubling the number of arithmetic pipelines found in the T604. Up to eight cores can be integrated into a single GPU, again representing a doubling in performance relative to T604, which allows up to four cores to be ganged together.

Do you know see, along with Tegra 3, that smartphones and tablets are going to overshadow consoles in the near future? If only we had an article to cover this!