Apple have just released iOS 5.0.1 build number 9A405, which is a minor update to its mobile operating system that is meant to fix the iPhone 4S battery problems. iOS 5.0.1 arrives a day after it found its way to certain high-end users for testing, and just a week past the developer-only version. 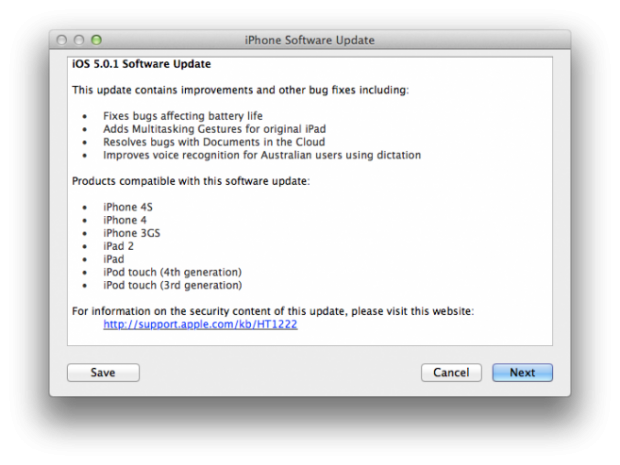 If you want it now, connect to iTunes and hit the "Check for Updates" button, or download an over-the-air update directly on your device. Note that the OTA update might not be available for everyone right away.