Ivy Bridge isn't even here yet, and we're seeing details on Intel's next-generation processor architecture, Haswell. Haswell will be a brand new architecture based on a 22nm fan process which will be matured by Sandy Bridge's successor, Ivy Bridge. This is Intel's "tick-tock" product development model, where we see a "tock" being a new x86 architecture, and a "tick" miniaturizes it to a newer silicon fabrication process. 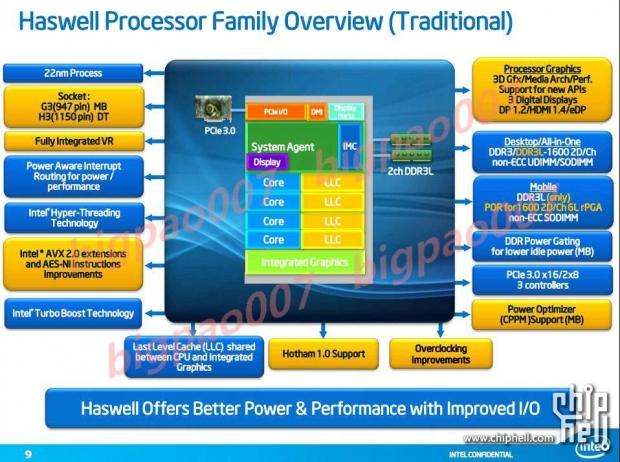 If Intel's 22nm process all goes to plan, Haswell has an ETA of Q2 2013, with Ivy Bridge taking the lead from Q2 2012 until then. Haswell will feature an all-new socket, LGA1150, which means it will not be compatible with LGA1155 boards. The reason behind this is that Intel have implemented drastic changes in the pin map of the package.

There has been a major change with the component arrangement in the platform that is affecting Haswell's pin map, more specifically, it's Haswell's higher bandwidth chipset bus, rearranged PCIe pins (with FDI pins), rearranged power pins, and miscellaneous pins. It also throws away the separate power domain for the integrated graphics controller.

What does Haswell introduce that we haven't got right now? It includes the next-generation RapidStart quick boot capabilities that reduce cold-boot times to 2 seconds. The processor's IPC will be increased over Ivy Bridge and the mobile version is set to include features that will reportedly increase battery life of mainstream notebooks. Haswell also sports improved media HD to HD transcoding capabilities. 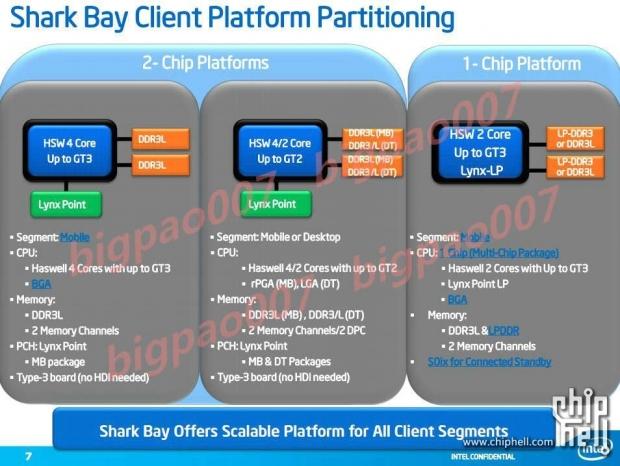 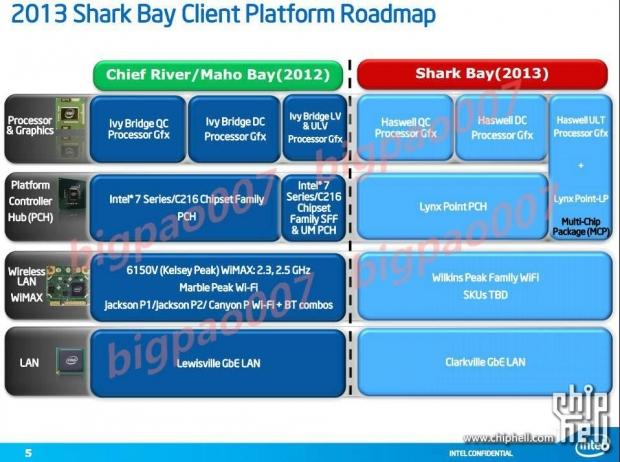