EVGA have just announced a GF114-powered, dual GPU card in the form of the EVGA GeForce GTX 560 Ti 2Win. It is roughly 30-percent faster than a GTX 580 when running the Unigene Heaven benchmark. Output wise, we have three DVI connectors for NVIDIA 3D Vision Surround, as well as a mini HDMI port.

The cooler includes three fans (!), which should keep the dual-GPU card very cool. Core is clocked at 850MHz, 768 CUDA cores included, memory sits at 1000MHz, memory bandwidth at 256.6GB/sec, shaders at 1700MHz. Unfortunately, the included SLI connector is not functional and will not allow SLI with another card. 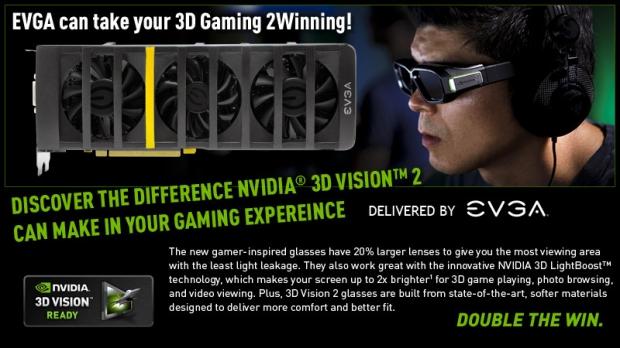