I was a huge fan of Heavy Rain, it wasn't a perfect game, but it was a very, very good game. Next week, it's being re-released as "Heavy Rain: Director's Cut". In addition to the original game, it will include DLC, the original soundtrack, bonus videos, and more. Better yet, it will only be $29.99! 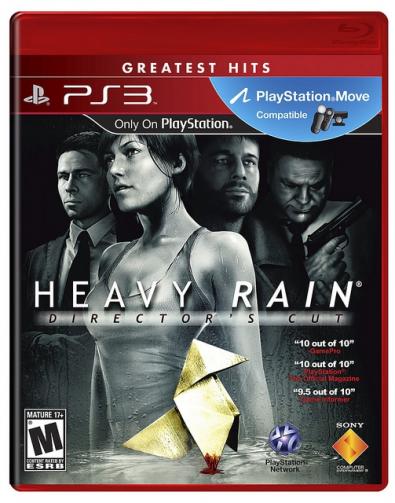 Heavy Rain: Director's Cut starts shipping on November 8th in the US. Here is a list of all the great content fans can look forward to:

A series of 8 "Making of" Bonus Videos

On top of this, SCEA is making the Heavy Rain Crime Scene Dynamic Theme available for free through the PlayStation Network to commemorate the release of Heavy Rain: Director's Cut.