ASRock have come out swinging today with some Sandy Bridge-E flavored teasing. ASRock shot off e-mails all across the world announcing they were showing off some X79-based motherboards. No list of specifications or features were included, but we do have some delicious photos to show you.

First up, we have the X79 Extreme9 which sports eight DIMM slots, five PCI Express x16 slots, dual auxiliary 12V power connectors, 12 SATA ports and network connectivity/audio are powered by what looks to be Creative's new Core3D audio chip. The Extreme 9 features a hot-as-hell color scheme and fills out along the rest of ASRock's X79 line. 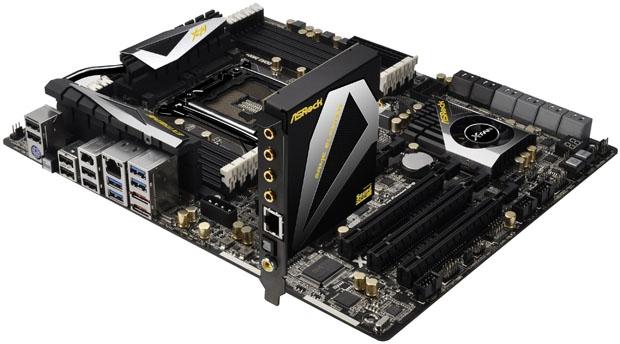 Next up we have the Extreme7 which throws out the add-on card and two DIMM slots, but adds a PCI slot into the mix. Because two of the DIMM slots were thrown overboard, the Extreme7 features more extreme VRM cooling. As you can see, it sports a tiny little fan just like the Extreme9 - one of the biggest downfalls of these boards. 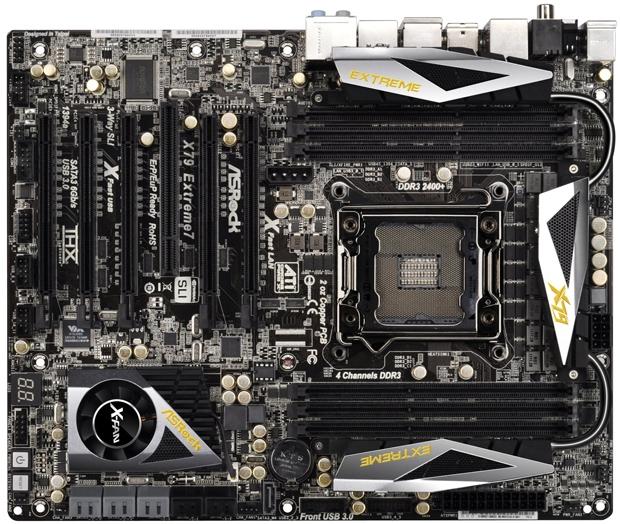 The third board in ASRock's X79 line-up is the Extreme4. The Extreme4 slashes the number of DIMM slots to four, and only sports three PCIe x16 slots, which are double-wide to allow three-way GPU goodness, and also throw in some PCI to boot. It sports seven slots in total making the Extreme4 the most expansion-happy board in the lineup. 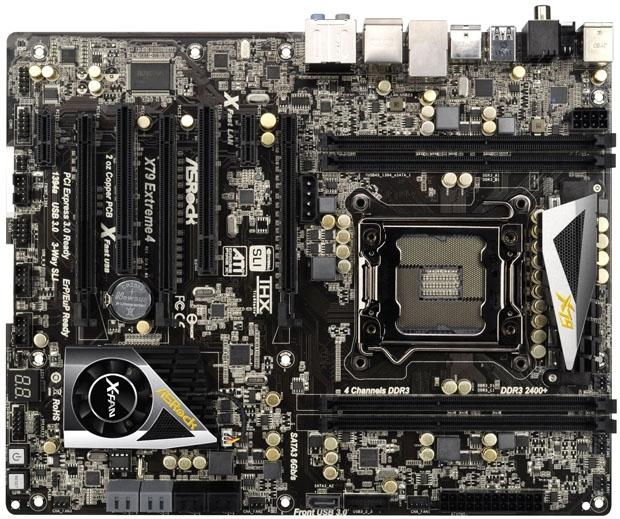 All three boards are filled out with the usual USB 3.0, FireWire and external SATA connectivity. Each model also includes a two-digit POST code display and a CMOS reset button in the rear cluster. 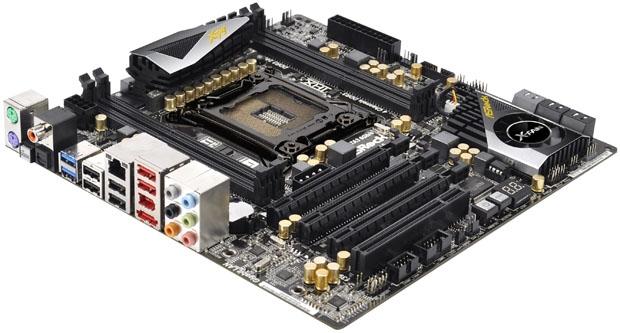 Finally, we have ASRock's Extreme4 M which is a microATX form factor. It drops some expansion slots (but keeps a single PCI slot) but can still take on dual-double-wide graphics cards, and four DIMMs.