We just got back from an ASUS motherboard technology seminar in Taipei today where we were introduced to its upcoming range of next-gen Intel motherboards. 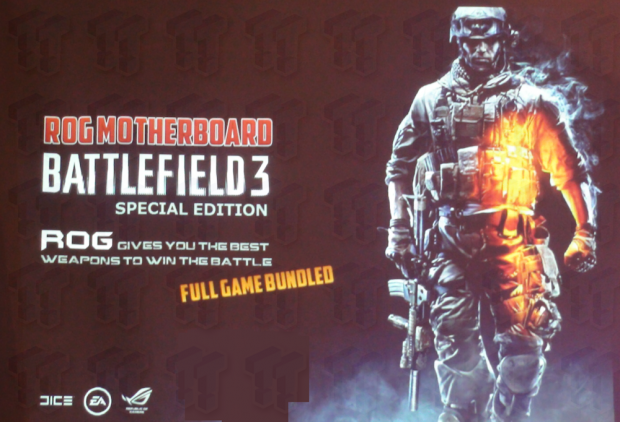 Right at the end of the presentation, ASUS announced that it will be offering a full game bundle of Battlefield 3 with its upcoming next-gen Rampage IV Extreme ROG motherboard.

ASUS were not prepared to release any details on pricing at this stage, but they did mention that you would save a lot of money by selecting the bundle version. ASUS will also offer normal versions of the motherboard without BF3 bundled.

The BF3 ROG bundle will begin selling at the same time as the rest of the ASUS next-gen Intel boards begin shipping, which shouldn't be too far in the future.