Microsoft's YouTube channel was hacked over the weekend, the results of which, all of their videos were removed. The unknown attacker changed the background on the channel to one that included the titles "Predator Cinema" and also a message saying "I DID NOTHING WRONG I SIMPLY SIGNED INTO MY ACCOUNT THAT I MADE IN 2006 :/". 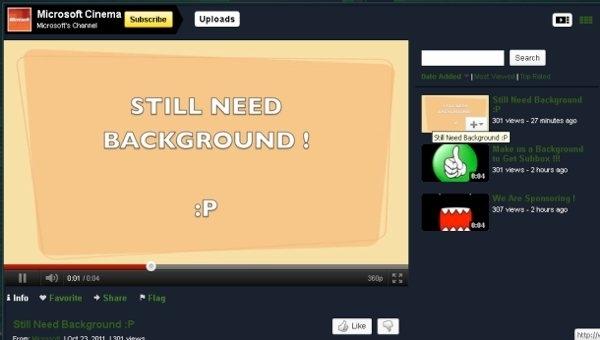 The entire archive of videos on Microsoft's YouTube channel were replaced by short clips titled "We are sponsoring!" and "Make us a background to get a Subbox!!!". There was another video that also showed a scene from the video game LA Noire, with one character shooting another in the head.

We have regained control of the Microsoft channel on YouTube, and we are working to restore all of the original content. We will continue to work with YouTube to ensure safeguards are in place for the future.

In the mean time, they've restored the channel to its original state before the attacks happened.