Scheduled for an imminent launch today, the first official photo of Motorola's Droid RAZR has popped up on the web ahead of the official unveiling in a matter of hours from now. The phone, codenamed Spyder runs Android 2.3 and that fancy looking, sleek casing you see in the picture is in fact made of a mixture of metal and carbon fiber. 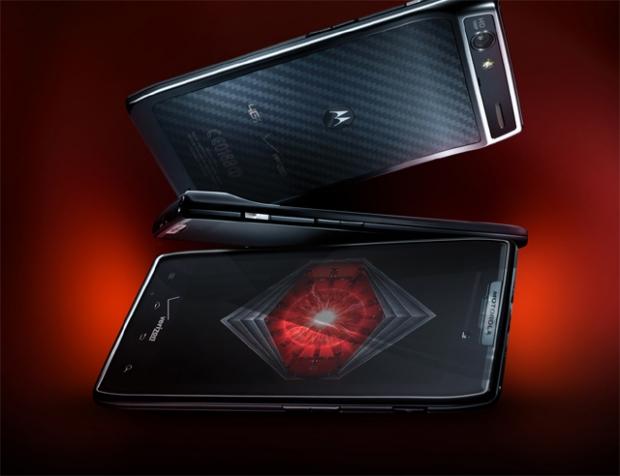 The phone sports a qHD (960 x 540) Super AMOLED touchscreen which has been further strengthened using Gorilla Glass, while inside lurks a 1.2GHz dual-core processor, 1GB RAM and 4G LTE support. It has an 8MP rear-facing camera which is also capable of recording in 1080p as well as a front facing HD camera.

It's been confirmed that the Droid RAZR will be offered by Verizon in the states. We'll cover more details on that post launch folks.