You'd think there's only so much that can be done with a desktop HDD docking station and if anyone has managed to provide a feature filled line of them that covers all bases, it's Sharkoon with their QuickPort series. But the company has just found reason to introduce yet another into its QuickPort family - the QuickPort Pro LAN Giga HDD/SSD Docking Station. 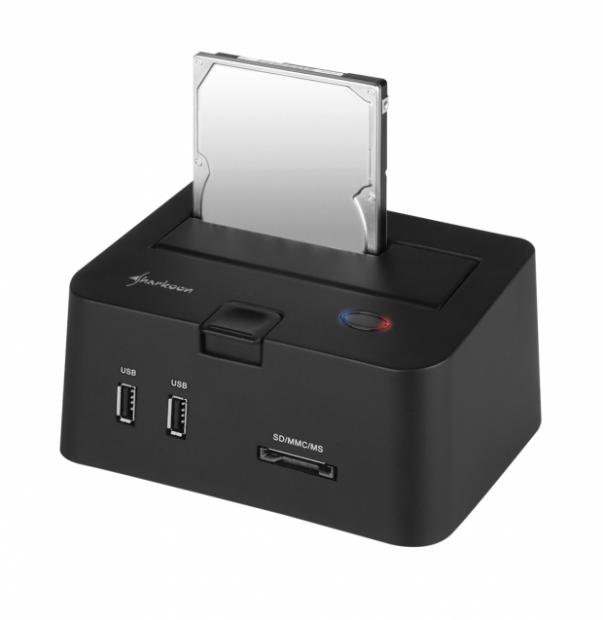 As the model name hints, the primary feature of this particular model launched today is its Gigabit ethernet port allowing it to be tied directly into a network for easy sharing between multiple computers. Of course, Sharkoon has included alternative choices for connectivity as well, with both USB 2.0 and eSATA interfaces at its base (no doubt the next QuickPort will be both Gigabit and USB 3.0 equipped). 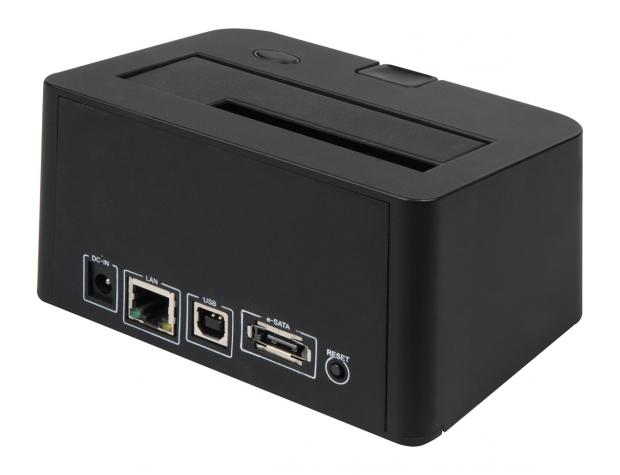 As per previous iterations of the QuickPort family of docking stations, the LAN Giga supports both 2.5 and 3.5-inch sized SSDs/HDDs. There's also a couple USB 2.0 ports easily accessible on the front of the base for plugging in additional flash drives or other storage devices and there's an SD/MMS/MS card reader resident as well. 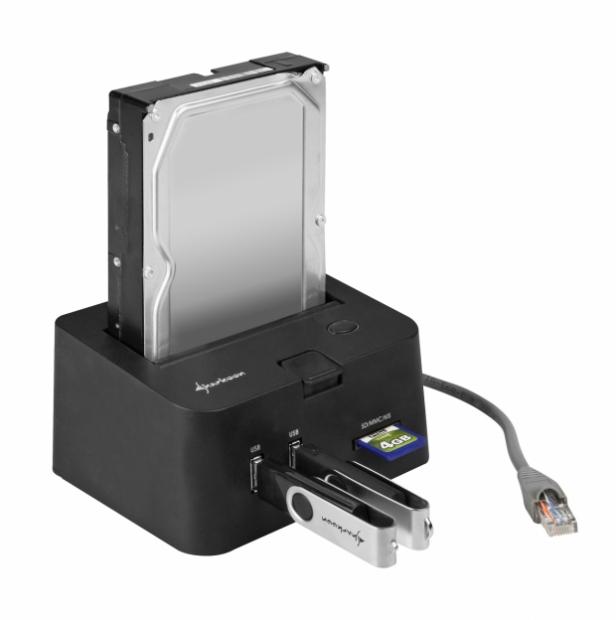 Sharkoon is now shipping the QuickPort Pro LAN Giga with an RRP of 59.90.