Apple announced just a few hours ago that they have sold over four million units of their newly released iPhone 4S just three days after it launched on October 14. On top of this, more than 25 million customers are now iOS 5-powered, which is astonishing considering that was all in five days. More than 20 million customers have signed up for iCloud also. Apple's senior vice president of Worldwide Product Marketing, Philip Schiller says: 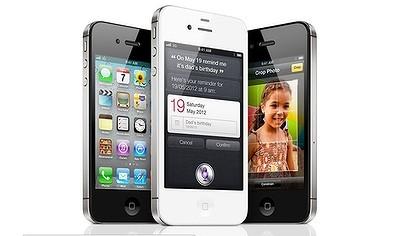 iPhone 4S is off to a great start with more than four million sold in its first weekend-the most ever for a phone and more than double the iPhone 4 launch during its first three days. iPhone 4S is a hit with customers around the world, and together with iOS 5 and iCloud, is the best iPhone ever.

Considering that more analysts thought that Apple would sell between 2 and 3 million 4S units, this is quite the achievement for Apple. Pre-orders were sitting at over 1 million in just 24 hours, so the 4 million units sold is quite good indeed. The iPhone 4S is available in both black and white, 16, 32 and 64GB sizes.