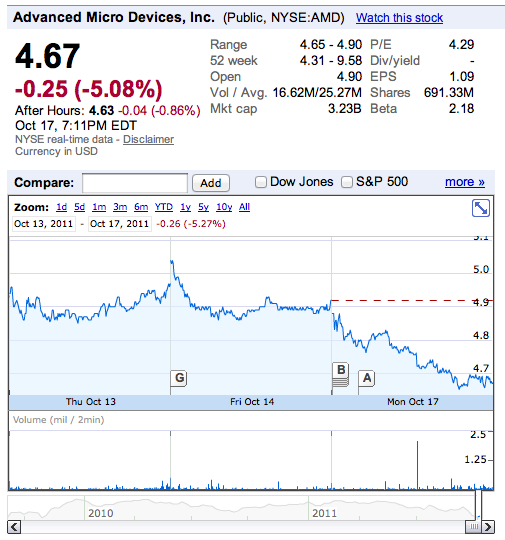 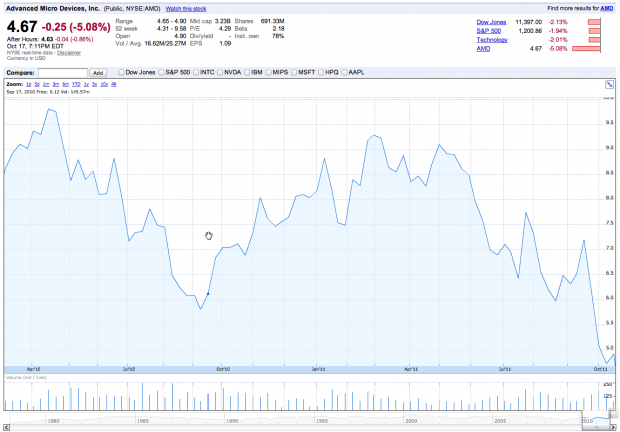 We can see that the shares over the past 6 or so months, have dropped by nearly 50-percent. This is not good, not good at all.

AMD's shares have seen quite the rise from the Radeon HD 6000-series launch, in mid-September of last year AMD's shares saw a nice rise from $5.81 to the peak of $9.29 in Feb of this year... but, all good things seem to have come to an end for their share prices right now. It looks as though AMD really need that HD 7000-series to ring the bell, and ring it ASAP before any more of their shares are bulldozed away.