EVGA have unveiled their new X79 Classified (E799) motherboard for the socket LGA2011 which is specifically designed for overclockers. EVGA chose to unveil their top-tier board at the GeForce LAN 6 and have unveiled quite the beauty indeed. The X79 Classified uses the traditional LGA2011 motherboard layout, but with wide open spaces to make insulating it (against condensation) much easier. The CPU power seems to sport some high-grade VRM design, where it draws power from two 8-pin EPS connectors apart from the 24-pin ATX (that is nicely right-angled). 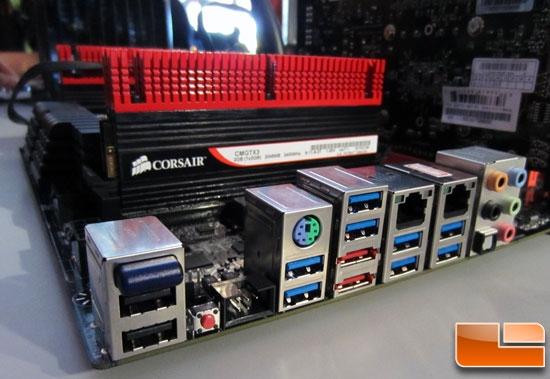 The X79 Classified also sports four DDR3 DIMM slots, one per memory channel. A 4-phase memory VRM, a large contiguous heatsink covers most hot components in the central-right region. Expansion slot wise we have four PCI-Express 3.0 x16 (two are x16 capable, all four are x8 capable, depending on the population used), and one PCI-Express x16 (electrical x4). X79 Classified is NVIDIA 4-way SLI capable, too.

The board is built on a the XL-ALTX form-factor, and requires cases that have at least 10 expansion slot bays. Storage connectivity includes two SATA 6Gbit and four SATA 3Gbps, two eSATA ports are powered by a third-party controller. USB3.0 wise we have 10 ports, driven by numerous VLI-made controllers, right on the rear panel, two available by front-header. 8+2 channel HD audio with optical SPDIF output, two GbE controllers, Bluetooth, and EVBot connections. 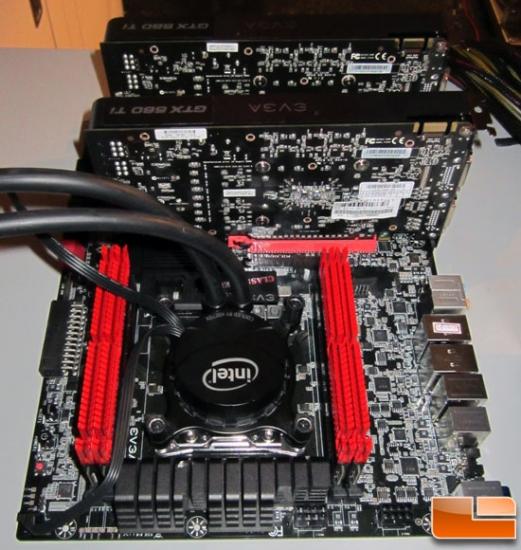 Overclocking options should definitely be quite awesome as well. EVGA's LGA2011 motherboards will include the above mentioned X79 Classified and will be backed up by the EVGA X79 FTW (E777) and EVGA X79 SLI (E775).

I must say, that board is looking damn hot. Damn hot indeed.