Apple's iPad has enjoyed nearly no competition, until Google unveiled Honeycomb. But even that, is not enough to stop the tablet juggernaut. Google and its manufacturer partners have as of yet to announce official sales figures for Android-powered tablets, which leave everyone else to just guessing. Android developer Al Sutton has reminded everyone, with a little bit of math, we could get quite the estimate on just how many Honeycomb-powered tablets are in the wild. 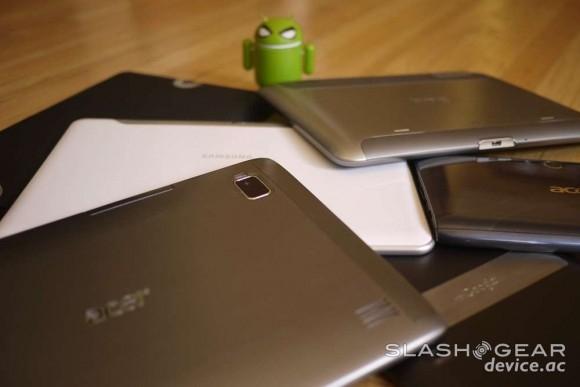 What is that number? Roughly 3.4 million. This number is based on Google's latest platform versions states, a fortnightly updated breakdown of what proportion of devices use each Android version - and the official activation numbers which were announced as part of Google's financial results yesterday. Google CEO Larry Page claimed 190 million Android devices had been activated in total. THis leads us to the platform stats, with 1.8-percent of Android devices that have accessed the Android Market within the 14 day period up to October 3, 2011 were running Android 3.0, 3.1 or 3.2 (in contrast 38.2-percent are running 2.3.3 Gingerbread or higher).

If we dab a little magic on these numbers, we come to the 3.4 million tablet figure. But there is a note here, since Google's platform numbers are based on access to the Android Market, only those tablets that are officially Google certified (which have to meet Google's criteria to include the official download score) are being counted. Of course, there are many more tablets in the wild sporting alternative versions of Android and using third-party app stores, such as Amazon's AppStore for Android, with these tablets not being counted in the total number.

Of course, this is still disappointing when compared to Apple's iPad sales. The first-gen iPad sold 15 million units in roughly one-year period, which all the Android OEMs combined cannot even combat. Android 4.0/Ice Cream Sandwich, its your move.