Valve did promise to release free downloadable content for Portal 2 and have followed through with that promise today by releasing the new gear for Portal 2 across all platforms, PC, Mac, Xbox 360 and PlayStation 3. The new DLC is called "Peer Review" and continues the co-op story as players navigate P-Body and Atlas through a fresh set of test chambers, which would have been constructed by the ever-so-evil AI, GLaDOS. The DLC also contains a single-player and co-op "Challenge Mode", as well as leaderboards to compare Challenge Mode scores with your friends. 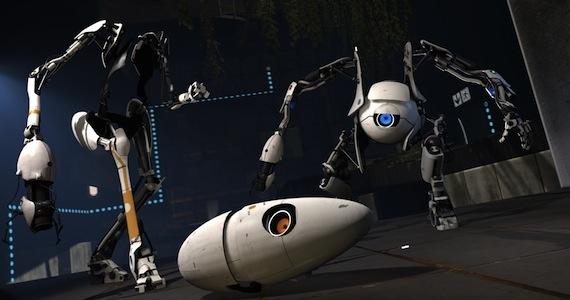 There were a fair amount of complains with how short the campaign was in Portal 2, but this update (as well as future DLC) should help the community continue their fanboy love for Valve and Portal. Despite the complaints about the length of the game, the user score on Metacritic has actually improved over the last few months and the game has reportedly sold over two million copies. The fresh DLC is readily available and is free of charged on all supported platforms, even the PS3 and Xbox 360.