The internet and its dog can relax now, Apple has just got done officially revealing and discussing its latest smartphone, the iPhone 4S. 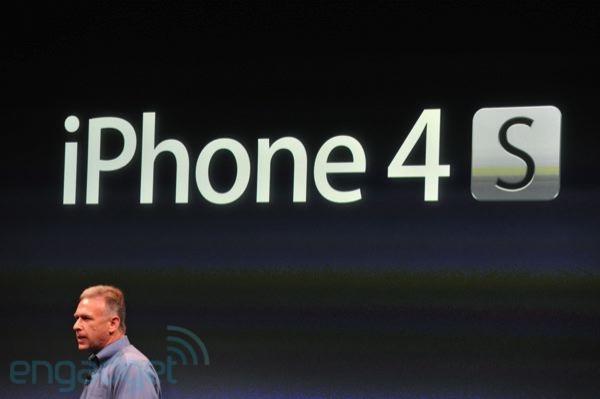 In what seems like what the iPhone 3GS was to the iPhone 3G, the iPhone 4S looks exactly the same as the iPhone 4, but comes with a lot more power. Using the new A5 chip that is used in the iPad 2, Phil Schiller from Apple said "Dual-core CPU, 2x as fast at CPU tasks. Also dual-core graphics. Up to 7x faster in the previous iPhone. One area you really see it scream is in games."

Some may have been expected a low-cost iPhone in the 4S, but we really all should have known it would just be a supercharged iPhone 4. When I say just, that might not have been the right way to put it. I've been using my iPhone 4 since it was first released and it is getting on the slow side and with all the new features and improvements coming to iOS 5.0, the extra power provided by the A5 chip should make a big difference when comparing to a regular iPhone 4 with the A4 chip. Add on to this the iPhone 4S is not a 4G phone as was rumored, but it will be able to offer twice the download speeds of the iPhone 4 with HSDPA compliancy of 14.4Mbps versus 7.2Mbps of the iPhone 4.

On the camera side, things have changed here. The iPhone 4 already has what I consider a very solid smartphone camera, but the iPhone 4S ups the ante and adds in an 8 megapixel camera versus 5 megapixels on the iPhone 4. It also adds in improvements such as backside illumination, 73% more light and 33% faster capture. If any of that makes sense to you. 1080p video recording, too!

Besides the performance, if you recall at or just after the launch of the iPhone 4, there were many claims online that the design was faulty in terms of its antenna design. I didn't personally see any issues, but now the iPhone 4S builds in two antennas and if there is to be an issue, the phone can 'intelligently' switch between either antenna.

More as it comes in, but that should just about cover it.