Mozilla posted Firefox 7 up on the web on Tuesday, in Linux, Mac OS X and Windows flavors. The new release is part of their fast track schedule with it focusing more on running faster and more efficiently than before. Firefox 7 uses 20 to 50% less memory and also cuts back on memory leaks and waste from Javascript. Closing tabs now directly removes those tabs from memory and leads to more resources free as time goes on. 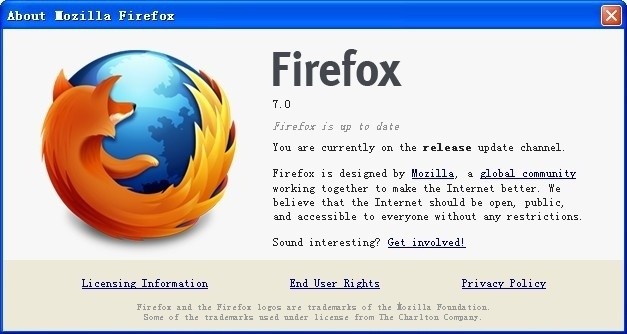 The other changes are not as noticeable, such as the address br now eliminates the URL from the current page and highlights the primary domain to simplify spotting fake sites. Bookmark and password syncing now occurs more frequently and the renderer now supports CSS3's Text Overflow and web load time analytics for developers. Windows-based users now get hardware acceleration of HTML5 Canvas pages.

Firefox 8 is expected within six weeks, with Mozilla saying they might return to a slower, major milestone-type release schedule, but that change won't happen before Firefox 8 is upon us.