Google has had cloud-storage rumors for a while now but it seems we're edging closer to seeing it unveiled. It was spotted at a Google-backed presentation, with an image of Google Drive sitting amongst a Google Docs section. Google Drive is expected to include desktop and mobile syncing apps to make it very, very useful as a cloud storage app rather than hide it within Docs as an extra. Google Drive is also reported to support folders and other utilities. 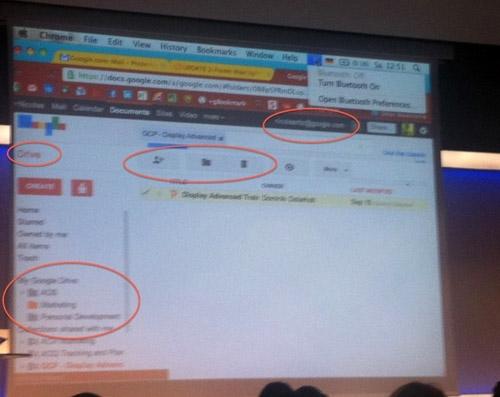 As for what platforms it'll support, this is unknown right now. Obviously Android would be their number one priority and iOS could be a second favorite. No ETA is rumored, although it's hinted to be "coming soon". This would make sense as Ice Cream Sandwich launches in the next two months, having built-in cloud storage for the mobile OS would be quite nice indeed.

Google Drive has been in development for as far back as 2007.