Deepcool has just announced a new high-end graphics card cooler under its "Gamer Storm" series, oddly dubbed the Dracula. While there doesn't appear to be any blood sucking attributes here, it looks like its taste for "heat" is its substitute, being able to handle the hungriest, hottest of GPUs out there. 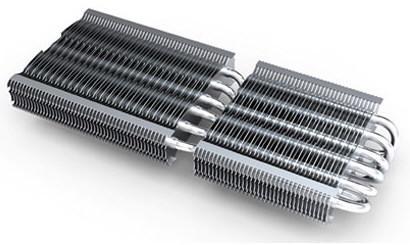 The Dracula uses a convex copper base with two large aluminum heatsinks and a mass of L-shaped heatpipes, no less than 12 of them in fact. It's possible to equip the Dracula with up to three 140mm sized fans, or four 120mm fans and all the mounting hardware is bundled to make this possible with ease.