Samsung's new Galaxy Tab 8.9 is said to become available sometime today over at Best Buy, but Netbooknews has already managed to get its hands on one in Taiwan for an unboxing video and lookover.

This is the tablet Samsung is claiming to be one of the thinest in the world, measuring only 0.34-inches thick. It runs Android 3.1 Honeycomb, but is set back a bit by a rather disappointing TouchWiz interface that is said to slow down the system quite noticably. 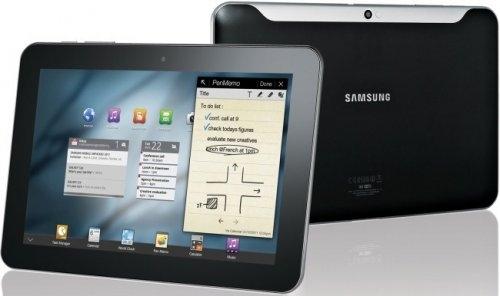 As for the rest of the specs, it uses an 8.9-inch WXGA 1280 x 800 display, dual core 1GHz processor and has 16GB internal storage. There's a 2MP front facing camera, and 3MP autofocus rear facing camera with flash on the rear. 1080p HD video playback is said to be supported with no issues, and the other usual forms of connectivity are in place including 802.11b/g/n WiFi, USB 2.0 and Bluetooth 3.0.

Samsung's choice of integrated apps include the Android Market, Google Maps, Google Talk, Voice Search and Adobe Flash. Further to those are the inclusion of its own built-in hubs such as Media Hub, Social Hub and Music Hub.