If you're one of the millions of folks glued to Deus Ex: Human Revolution at the moment, you may have noticed with the new patch that came out toward the end of last week, while it did address quite a large number of reported issues and roll in a number of tweaks, it also brought with it a bunch of in-game ads that you may have noticed during the loading screens in particular, with the current products being promoted including the Blu-ray re-release of Star Wars. It's been rumoured that adverts also appear on in-game billboards as well, but this is yet to be confirmed. 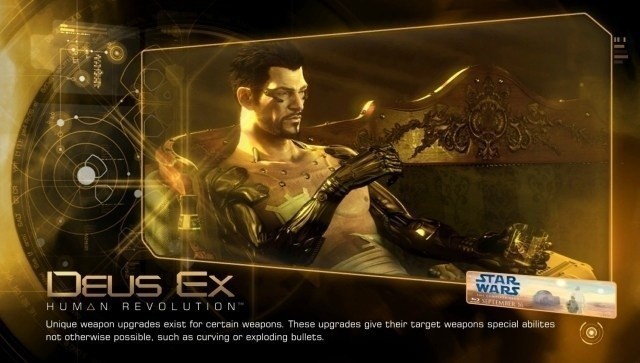 As I'm sure there would be very few of you happy about paying out for the game only to then start having advertisements pushed onto you, especially considering there is no warning about these intrusive ads when purchasing the game, you will be glad to know that you can get around it thanks to the ever lively hacking world, at least for now.