With one of the highest anticipated launches of this year closing in after recent word of a supposed October launch, the lads at VR-Zone have managed to get a peek at an almost finalized (engineering sample) version of the mighty Quantum Force X79 LGA2011 motherboard from Foxconn. 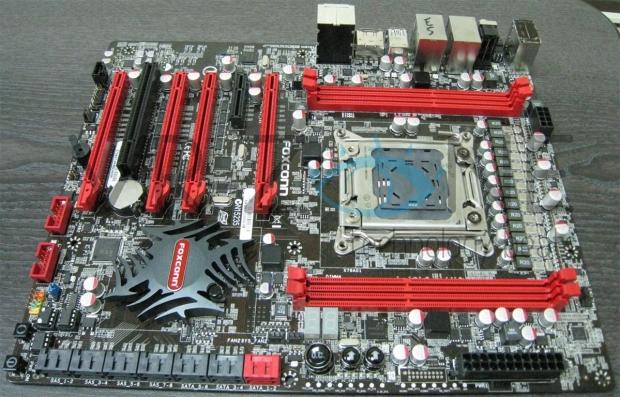 Compared to an earlier revision of the board sighted at Computex earlier in the year, primarily speaking, this new one looks to have a different physical expansion slot arrangement, a more finalized looking heatsink onboard and some front panel header adjustments. 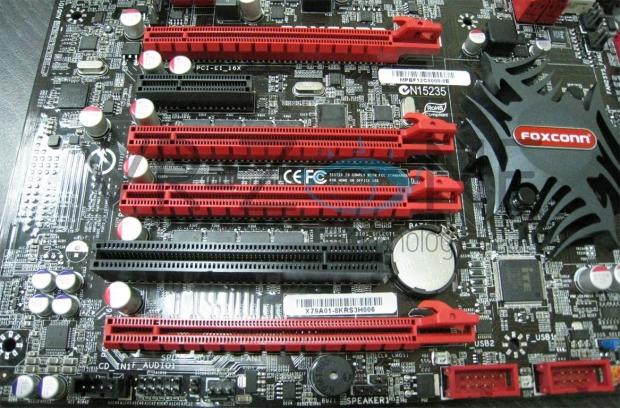 The board is given 14-phase VRM power for the CPU using DirectFET MOSFETs, known to give smooth voltage control when backed by a decent I2C-capable VRM controller. For overclocking support there is the inclusion of a redundant firmware (BIOS) feature as well as dedicated OC hard-tuning buttons and a consolidated region of voltage measurement points.