Apple's next-gen iPad 3 is set to have a "massively upgraded" battery, but will cost Apple anywhere between 20 and 30% more per unit according to Cens.com. The new battery is reported to go into production early next year and has been designed to be both thinner and lighter with a longer service life than the current iPad 2. With the iPad 3 rumored to have a higher resolution screen, this would impact battery life. Apple would be smart to combat this with an upgraded battery. 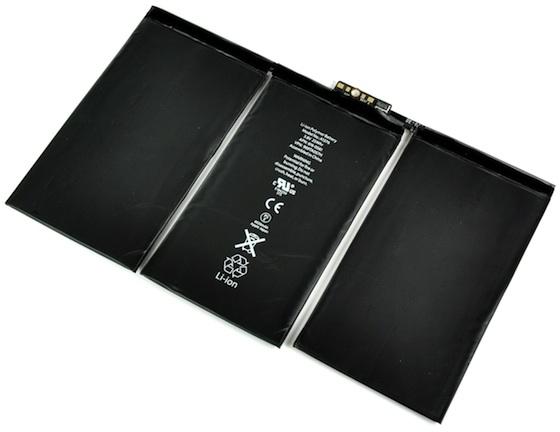 Therefore, iPad 3 battery module will call for advanced technologies, selling for a higher price to benefit Simplo and Dynapack for sure, especially when the two companies have had their battery packs pass the IEEE 1625 test as the only two battery makers in Taiwan for the moment.

Riding on increasing sales of iPad 2, institutional investors noted, both Simplo and Dynapack will see their sales revenues for the third quarter of this year surge 10-15% from a quarter earlier. With iPad 3 battery packs said to be delivered starting in the fourth quarter, the two companies are likely to record new highs in revenues for the quarter.

Tablets sure are heating up and I'm excited to see what Apple can pull from their magic hat with the iPad 3.