It's been a busy week for Samsung with several announcements coming out, and in closing they have introduced quite an interesting device like no other.

While at first it looks to be your run of the mill slim, external optical drive, the SE-208BW has some other features lurking that you'd never normally associate with such a device. It doubles up as a wireless access point or repeater. 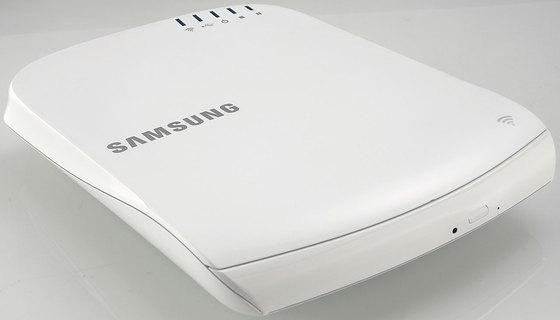 In efforts to highlight these exclusive features, Samsung actually refers to this device as a "Smart Media Hub" as opposed to an optical drive. As well as being able to connec to a PC via WiFi, it also has the ability to work with tablets and smartphones. It has DLNA compatibility allowing for easy streaming to other electronic devices (phones, TVs, tablets etc.) and gives support for Dynamic DNS which helps turn it into a private server. The residing USB port can be used to plug a flash drive in which can then have its contents shared across the network.

Samsung plans to launch the SE-208BW to market at the beginning of next year.