Think you'll be able to make good use of a neat, compact portable Blu-ray writer? Samsung has just launched one dubbed the SE-506AB. It features a sleek, slim design using a hi-gloss anti-scratch coating. 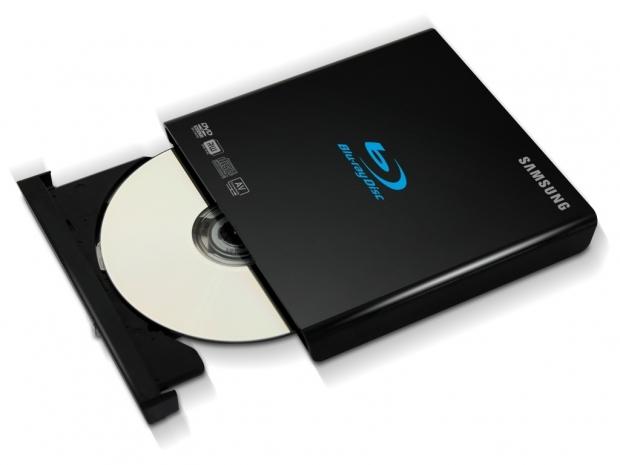 While Samsung's announcement does not mention exact dimensions, they say it's a good 12% smaller than their conventional Blu-ray drive, making it a much more friendly Blu-ray partner on the go. Conveniently, the drive only needs USB connectivity, also sourcing its power from the same cable.

Samsung has implemented error-safe features such as Buffer UnderRun technology to prevent errors regardless of any possible heavy multi-tasking going on during the burning phase that may otherwise result in a coaster. Samsung ODD's exclusive AV connectivity tech is also featured on the SE-506AB that gives users the ability to plug it directly into a multimedia TV's USB port for direct playback of content.

Read and write speeds across the board for the SE-506AB are :-

Samsung is releasing the drive into the market at the end of August with an MSRP of $140.